LIGHT OF HOPE US STAFF 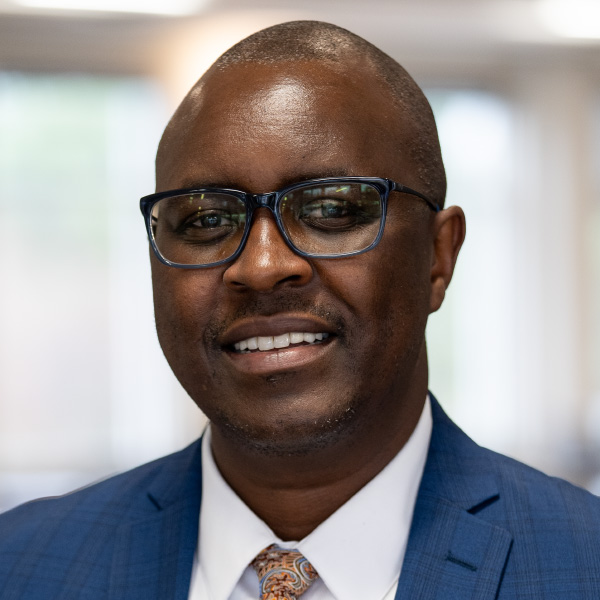 Boniface - better known as Boni, is the Co-Founder of Light of Hope Home & School for Girls in Naivasha, Kenya. Originally from Kenya, Africa, and raised by a single mother, he took on the mantle as a father, which is the tradition in Kenya for the eldest son, and with that, the responsibility of educating his 5 younger brothers and sisters. Wanting to make a better life for himself, he worked hard to get a degree in International Shipping and became employed in shipping at the Nairobi Int’l Airport.

Following his dream to move to the United States, Boni arrived in Minneapolis, Minnesota, where he met Sandy. They became partners for life, not only in marriage but also in ministry. Sharing the same passions, they founded Lighthouse Ministries International and opened a home and school for girls in Kenya Africa (LOH), which has been open for over 20 years.

As Co-Founder, Boni served as Chairman of the Board of Directors for 14 years, and currently serves as Director of Kenyan Operations. Boni is responsible for the general operations of LOH, and oversees all staff and students. Boni works closely with the Board in the U.S., as well as the on-site Manager of the Home and School.

Having grown up in poverty, Boni understands the struggles that people face and how very important an education is in order to break that cycle. His greatest desire is to fulfill the call that has been given to him by God: making a difference through education, one life at a time. 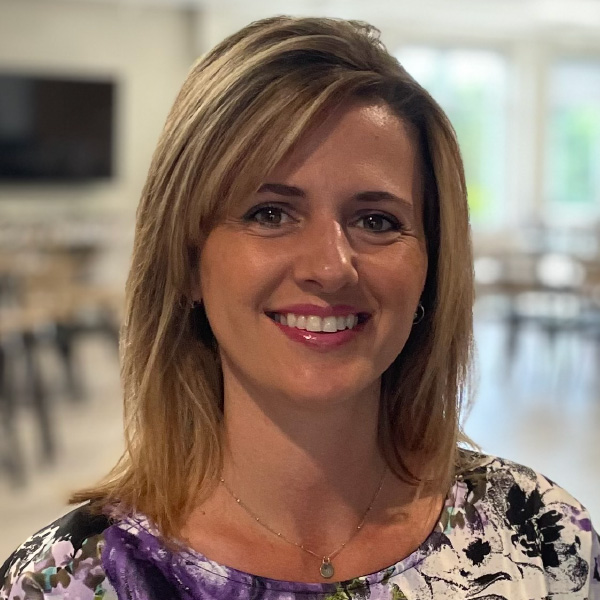 Erin was born and raised in the southern Twin Cities of Minnesota, and there is no place Erin would rather call home. Family, friends and a good church make the winters bearable, even welcome at times. She is married to the love of her life, Jason, and has two young children.

Before LOH, Erin was an in-home daycare provider for several years. Her former years working at Infinity Direct, a marketing company, proved essential to running her own business. Working as the accounting assistant to the controller and office manager she wore many hats. The company consisted of five smaller businesses that were intertwined. One of the jobs that she loved most was planning the yearly client events. She has had the pleasure of serving on two non-profit boards. Patiently Waiting is an adoption and infertility support group where she served on the board as the Administrative Director. As Treasurer on the board of American Heritage Girls for the past three years she has led the charge on fundraising. Working closely with the troop coordinator there have been many planning events from serving activities to troop meetings, really honing her organizational skills.

Erin is thrilled to serve the girls at Light of Hope. God is doing such amazing things in their lives and she is blessed to be a part of it.

She can be reached at office@lightofhopekenya.org. 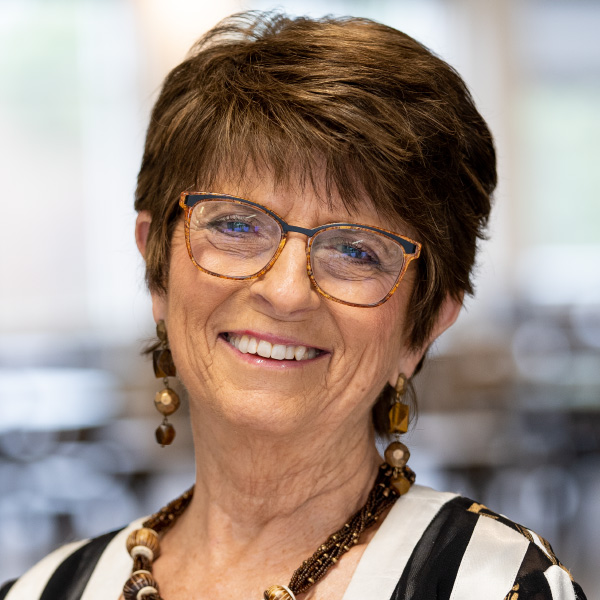 Sandy is Co–Founder along with her husband Boni Karanja of Lighthouse Ministries International(LMI)/Light of Hope(LOH) Home and School for Girls located in Kenya Africa. With her medical background and experience working with children who are challenged and volunteering with troubled girls, it has prepared her for this role in life.

From a young age her heart’s desire has been to help the less fortunate and serve troubled girls. After meeting her husband in 1998, who also shared the same passion, they partnered together and began their journey. LMI was started in 2004 and from there they began LOH Home and School for Girls in Kenya Africa, which opened its doors in 2006.

She currently sits on the Board of Directors as Chairman and is the Executive Director.

Sandy says it continues to be an honor and a joy to be serving God through the beautiful girls at LOH and to witness His faithfulness in this ministry and in their lives.

Anne is an enthusiastic supporter of Light of Hope Home and School for Girls and is inspired by the joyful transformation the girls experience. Anne has been able to serve at Light of Hope 5 times so far and cannot wait until she can go back and visit.

With a heart for world missions Anne has served on Plymouth Covenant Church Mission Commission for 8 years and the Light of Hope “mission advocacy team” (i.e. mission champion) at PCC for 6 years. Anne’s past Christian mission experience includes serving with her husband, Mark, and son with the Evangelical Covenant Church mission hospital in Democratic Republic of Congo/Zaire as nurse/nurse instructor at Karawa hospital.

Anne is a retired Registered Nurse with over 40 years oncology experience in hospital, medical device company and clinic areas.

She and her husband attend Plymouth Covenant Church in Plymouth, Minnesota and live in Maple Grove, Minnesota.

Tom is a Passionate Follower of Jesus Christ, husband to Charlene for 32 years (and counting) and father to 3 adults: Dylan, Matthew, and Cassie. Tom had the amazing opportunity to travel to Light of Hope in February 2020 and see firsthand how LOH provides Refuge, Restoration and Redirection for the lost and homeless girls of Kenya in a loving Christian environment. The joy, love, kindness, giving and fun he witnessed was inspiring and exhausting, but participating in the rescue of two sisters will impact him forever! Feel free to ask him about it!

Tom has held senior level and executive positions in the grocery business for 43 years in the wholesale, retail and foodservice segments. He has had the opportunity to travel throughout the U.S., Central and South America during his career to tour and interact with produce growers, manufacturers, and other retailers. Tom has been on numerous Industry boards and was appointed to the Fresh Fruit and Vegetable Industry Advisory Committee to the U.S. Secretary of Agriculture Tom Vilsack.

Tom has been a Church Youth Leader for over 20 years, Coached Summer Traveling and High School soccer in Duluth MN for 15+ years (including leading U15 and U16 Boy and Girls teams to Växjö Sweden to play in tournaments – and win!), and was even Finance Chair and School Board President for St. Michael’s Lakeside School in Duluth. He loves spending time with youth which is why he is so excited and feels blessed to be a part of Light of Hope and help the girls grow in their faith and be successful in life! 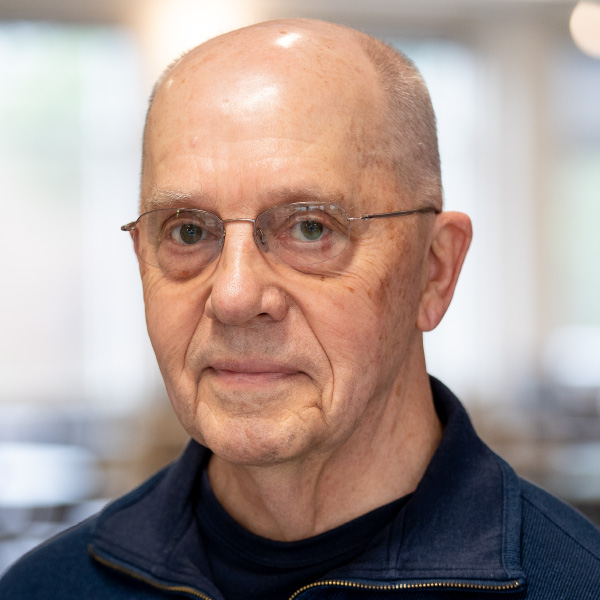 Gaylan has a heart for the unsaved and marginalized resulting in the support and volunteering with many ministries over the years since receiving Jesus Christ as Savior and Lord in 1974 as follows:

Secular involvements and positions: Graduated from Dunwoody Industrial College with an associate degree in electronics and computer technology in 1963. Enlisted to serve for two years active and four years reserve in the U.S. Naval Air Force as an Aviation Antisubmarine Warfare Technician - AX (1963 - 1969). Worked in many positions with metropolitan Twin City computer and medical device companies throughout my 54 years before retiring at the end of March, 2018.

Life verse: Isaiah 40:31 - But they that wait upon the Lord shall renew their strength. They shall mount up with wings like eagles; they shall run and not be weary; they shall walk and not faint. 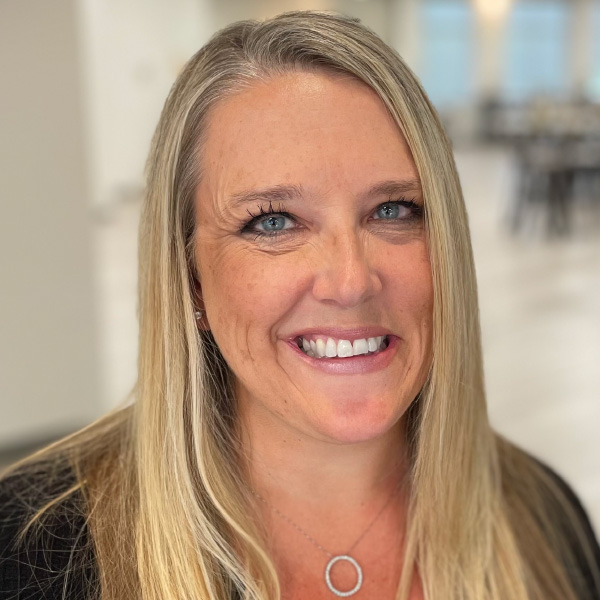 Suzy has lived in the Twin Cities for over 20 years and is originally from Bismarck, ND. She and her husband, Rich, live in Maple Grove. They are avid travelers and adventurers and can be found hiking, kayaking, and frequently on the golf course. Occasionally skydiving, and always enjoying life.

Suzy has worked for Lumen (fka CenturyLink fka Qwest) for 20+ years in regulatory, wholesale, and most recently in finance leading a project management team. She has her MBA from the University of St. Thomas and her undergraduate from the University of Mary where she majored in Accounting and Business with a minor in Theology.

She has been involved with the God’s Child Project in Guatemala, which has a very similar mission of breaking the chains of poverty through education, housing, and healthcare. She has volunteered at St. Stephens and other homeless shelters in the Twin Cities for many years and is a member of St. Joseph the Worker in Maple Grove.

Suzy is honored and excited to be a part of Light of Hope and to be able to share her gifts and serve the girls in Kenya. God has amazing plans for these girls, and she wants to help in any way she can. 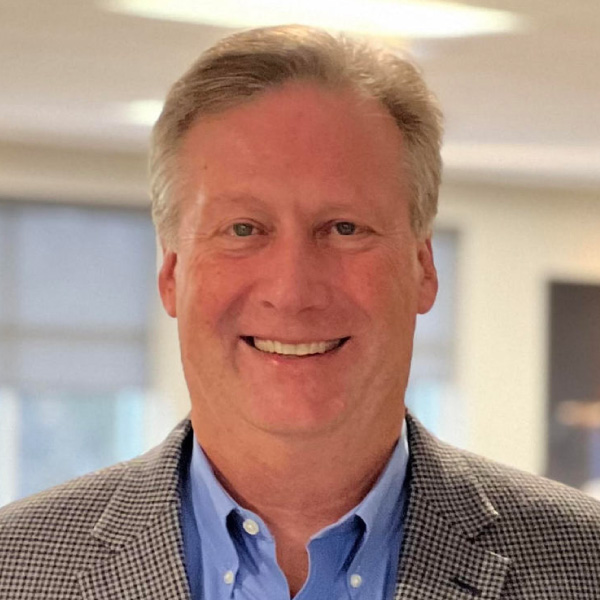 Steve was born in La Crosse WI, grew up in South Minneapolis and attended The University of St. Thomas where he majored in Business Administration with a Marketing concentration. Currently residing in the Morningside area of Edina, Steve enjoys golfing and horseback riding and is a small business owner of a software company that services the K-12 marketplace.

Steve is a devoted follower of Jesus Christ and is a member of Wooddale Church located in Eden Prairie. He is a proud father of three adult children and two grandchildren and feels blessed all of them reside in the Twin Cities area.

Co-Founders Boni and Sandy Karanja have been such an inspiration that Steve first got involved in Light of Hope by sponsoring a table for the annual banquet fundraising event and then expanding his support through the summer golf outing.

Steve is excited to have the opportunity to be a part of the Light of Hope organization and as a board member expand its mission to serve and educate girls in Kenya and give them the life skills to be successful in life.